Docker is a game-changer and has very well altered the world of application development. Learn the vital skills needed to work with this container technology today.

In simple terms, Docker is a tool that lets developers create, deploy and run applications in containers. Containerization is the use of Linux containers to deploy applications.

So why is Docker so great, and why should we as developers even bother learning it?

Now that we know why Docker is such a big deal, let's have it installed on our local machine.

How is Docker different from traditional Virtual Machines?

A container runs natively on Linux and shares the kernel of the host machine with other containers. It runs a discrete process, taking no more memory than any other executable, making it lightweight.

By contrast, a virtual machine (VM) runs a full-blown “guest” operating system with virtual access to host resources through a hypervisor. In general, VMs provide an environment with more resources than most applications need.

When working with Docker, a Dockerfile defines what goes on in the environment inside your container. Access to resources like networking interfaces and disk drives is virtualized inside this environment, which is isolated from the rest of your system, so you need to map ports to the outside world, and be specific about what files you want to “copy in” to that environment. However, after doing that, you can expect that the build of your app defined in this Dockerfile behaves the same wherever it runs.

To test that you have a running version of Docker, run the following command:

To test that your installation is working perfectly, try running the simple Docker hello-world image:

If all is setup properly, you should see output similar to the following:

To see the hello-world Docker image that was downloaded to your computer. The Docker image listing command is helpful. Here it is:

The first thing we do is create a package.json file. We can do this quickly, by simply running the following command:

This creates the file, above with certain essential fields already filled in, or left blank.

Next, we install express.js - which according to the official website, is a "Fast, unopinionated, minimalist web framework for Node.js".

We do this by running the following command in a terminal:

Now, go into your package.json, and change the "main": "index.js" key-value pair to the following:

Next, create a .gitignore file using the following command:

Then add the following line:

This prevents the node_modules folder which is essential to node.js development from being tracked by git.

Now add the following code to the app.js file:

To have this run on your local machine, run the following command, in the application folder:

Congratulations on making it this far

Now create a Dockerfile with the following command:

Then place in the following code:

The comments above, attempt to explain what each Dockerfile command does.

Also, add a dockerignore file, to prevent the containerization of certain components of the application.

Place this inside of the file created:

The <image-name> is the name you assign to your Docker app, and <tag> is essentially just a version indicator for your Docker image.

Create a repository on Docker Hub.

Tag <image> for upload to registry.

Upload tagged image to the registry.

Run the deployed Docker container on your local machine, by connecting PORTS - targeting the exposed 8080, and assigning it to 10203 on your machine.

That's it! You have built and deployed a containerized Node.js web application.

All the code above can be found in this Github repository.

Why doesn't a single one of these kinds of article about using Docker explain to new users how to actually update an image, when a new version is released without needing to rebuild it and remember the exact same settings and parameters as before?

Even Fedora's Cockpit front-end to Docker fails to have any kind of mechanism to update images or even change/export current settings. You can create new containers, start/stop and delete them, but no update image. 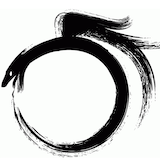 If you're looking for a more in depth training experience about Docker, check out the play-with-docker website. It has all sorts of great material and a beginner guide with an in browser CLI that you can do all the commands in. Really helped me grasp Docker. Taomyn 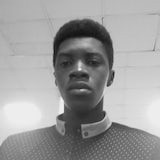 Hi Taomyn. docker-curriculum.com is a great resource if your programming language of choice is Python. Also, the Docker documentation is perfect for spelling out the various specific use cases. Awesome observation.